Disability resides in the society not in the persons, disability and poverty are intricately interlinked. The presence of a disability can trap people in a life of poverty because of the barriers people with disabilities face in taking part in education, employment, social activities, and indeed all aspects of life.

Furthermore, poverty can cause disability with its associated malnutrition, poor health services and sanitation, and unsafe living and working conditions. Recognizing the crucial link between equity, disability, and poverty, in 2002, the World Bank embarked on mainstreaming disability into bank operations and analysis. In 2006, the United Nations adopted the International Convention on Rights of Disabled People, and many governments and international development agencies are turning their attention to the goal of including disabled people in development. Reported disability prevalence rates from around the world vary dramatically.

In the past, many African countries have reported disability prevalence rates in the order of 1-5%. This is far below rates reported in some European countries (15-20%). That is not to suggest that African rates should be as high, or higher than those seen in western societies-but there is a real fear of under-reporting among many African countries. For example from under 1% in Kenya and Bangladesh to 20% in New Zealand, this variation is caused by several factors: differing definitions of disability, differentmethodologies of data collection, and variation in the quality of study design. This situation is complicated further by the idea that there is no single correct definition of disability, that the nature and severity of disabilities vary greatly, and that how one measures disability differs depending on the purpose for measuring it. According to Mont’s ‘Measuring Disability Prevalence’ , the three main purposes of measuring disability are, determine level of dependency that help in macro-economic planning of the country, designing service provision in the aim of improving the quality of life of the people and equalizing opportunities- that is to level the playing field in employment, access to health care and education

According to the World health Organisation international classifications, the term ‘persons with disabilities’ is used to apply to all persons with disabilities including those who have long-term physical, mental, intellectual or sensory impairments which, in interaction with various attitudinal and environmental barriers, hinders their full and effective participation in society on an equal basis with others (World Health Organization, 2009). It is also important to note that depending on the role that the person is assumed to take in his or her community a person with disabilities may be regarded as a person with a disability in one society or setting, but not in another.

However, on closer examination, many people in Kenya labeled or considered as disabled are in essence not disabled but rather have impairments. It is the lack of proper infrastructure and unsuccessful integration of persons with these impairments that consequently restricts their ability to perform activities within their society. In most parts of the world, there are deep and persistent negative stereotypes and prejudices against persons with certain conditions and differences.

In Kenya, these attitudes themselves have contributed to a negative image of persons with disabilities. Take the language used to refer to persons with disabilities; it has played a significant role in the persistence of negative stereotypes. Clearly, terms such as “crippled” or “mentally retarded” are derogative. Other terms such as “wheelchair-bound” or “disabled persons” emphasize the disability before the person. Hence, disability should be viewed as the result of the interaction between a person and his or her environment. The perception and reality of disability also depends on the technologies, assistance and services available, as well as on cultural considerations. The World Bank has identified five environmental barriers, that have contributed the most in hindering full participation of persons with disabilities in different countries. In this context, it’s therefore proper to embrace the view that there is no persons with disability, but rather “differently abled persons) if we are to promote meaningful integration. 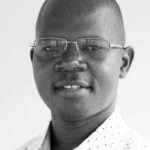 The writer is an executive director of Rural communities network African foundation (RUCONAF) who visited several  house holds to differently abled persons in Kenya with Eveliina Talvitie and Jyri Pitkänen in January 2017.